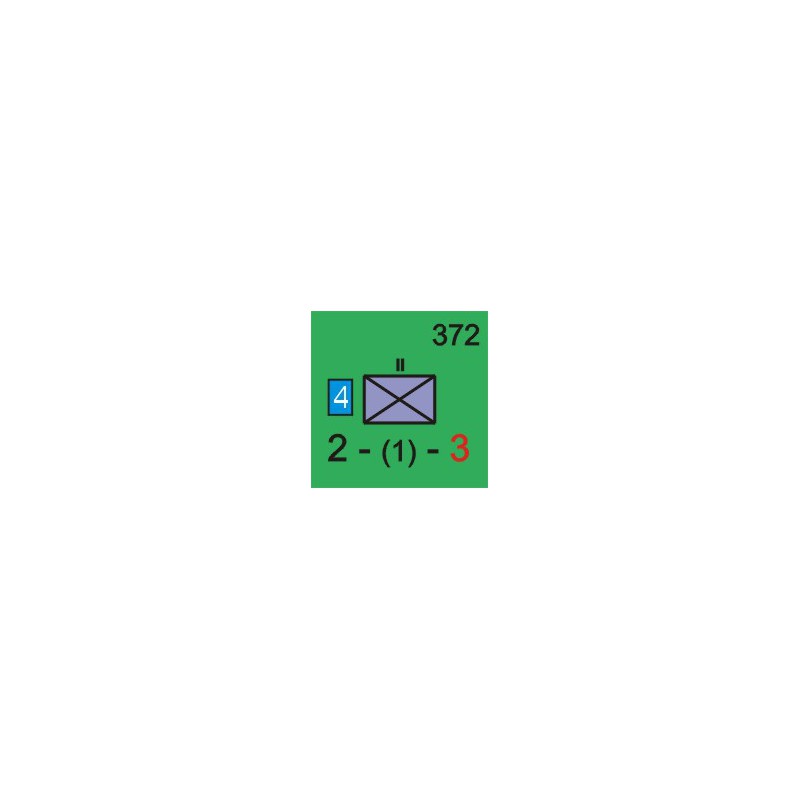 "A patrol sent west to Dębica made the first visual contact with the coming at Rzeszów 4th LD units. This allowed to set up an ambush and destroy the enemy vanguard and elimination of 6 combat vehicles..."

Special thanks to Krzysztof Wojdyło for his video unboxing (Polish)...

The game presents a battle for Rzeszów and Łańcut, which took place in September 1939. Players play the role of commander-in-chief of the Polish 10th Cavalry Brigade and the German 4th Light Division.
The rules are based on the "Great Battles of Small Units" system. Thanks to this, the author shows in a simple way the specificity of the fight between the large motorized units. An important factor of success is having the initiative, because taking advantageous positions before of the opponent's troops can make it difficult to fulfill task for the other player. Of course, in addition to mobility, the fire power of troops is also important. When both sides are leading a fierce fight, the artillery fire, led by observers, may be crucial.
All these elements you will find in the game.

Game length: 2 to 3 hours.
Game is suitable for 2 players above 12 years old.


Main features of the system are:
1. To resolve all of the procedures, players use traditional deck of 52 cards. Thanks to that, cards played at the beginning of the game, influence the final result, as the probability curve is quite different compared to die rolls.