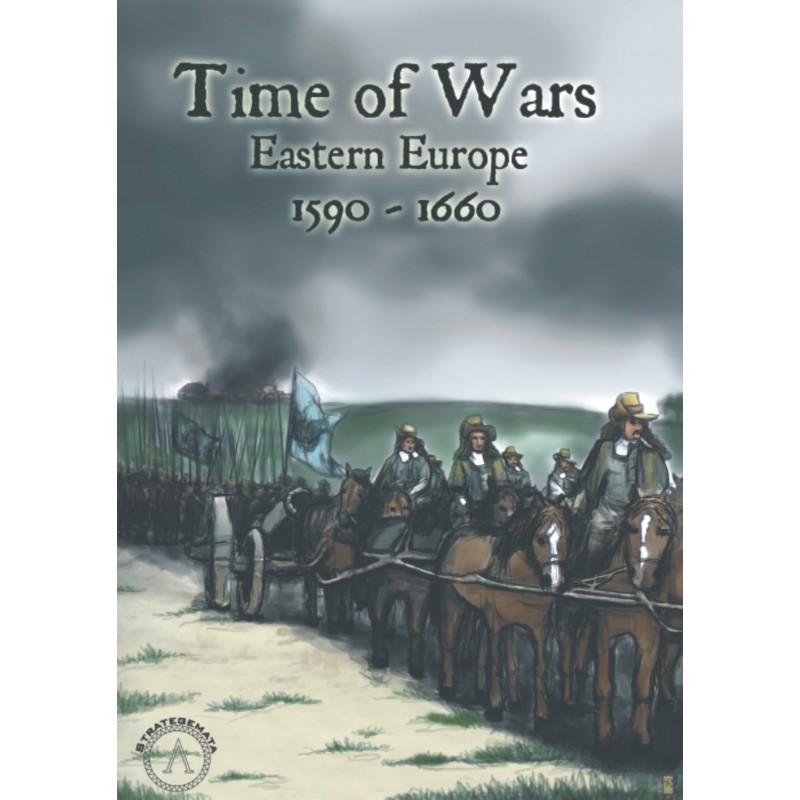 Multiplayer card driven game.
The fate of Eastern Europe is in your hands!

“Time of Wars” is multiplayer card driven game putting players in rulers’ shoes of five superpowers in Eastern Europe – the Polish – Lithuanian Commonwealth, the Tsardom of Russia, the Ottoman Empire, the Kingdom of Sweden and the Holy Roman Empire. Minor states are also present – Denmark, Brandenburg, Moldova, Wallachia, Transylvania and Crimean Khanate. They can be a battleground of strong rivalry between players or source of internal problems.
The game covers the turn of XVI and XVII centuries. The period was rich in famous characters (rulers and commanders) and critical events – for example the Time of Troubles in the Tsardom, the Thirty Years War in the Reich, Swedish “Deluge” in the Commonwealth. All these and much more are smoothly incorporated during gameplay.
The heart of the game are five decks of cards – one for each superpower. Every time a player uses a particular card he must make a tough decision – play the card as operational points or as event. The background of the choice is need of growth of his own state or weakening opponent’s position.
During gameplay there is a lot of interaction between players. They can declare wars or make alliances as effect of secret negotiations. Won battles and wars are important, but players must take care about condition of their own states as well. In the game are shown factors like economy, domestic policy, military level and religion. All of them can affect specified players’ actions.
The game has a lot of options for each player and each state has its own problems and advantages. Despite this the gameplay is extremely well balanced. Moreover, random factor is reduced to necessary minimum. Thanks to that players feel that the fate of Eastern Europe is in their hands and it depends on their decisions.

There are 5 scenarios. The main scenario is for 5 players. Four shorter scenarios are for 2 or 3 players.

Playing time: from 4 to 8 hours.
Game is suitable for 5 players from 12 years old upwards.