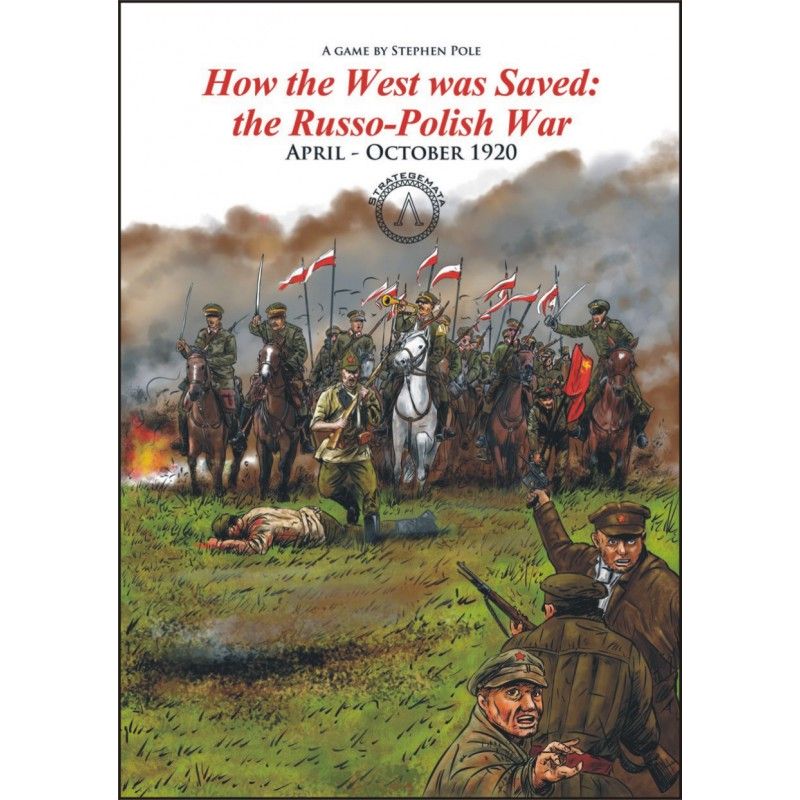 "The most fertile ground for revolution was Germany. Humiliated by defeat in World War One, awash with unemployed and disaffected soldiers, political dissension had escalated into mob violence. Lenin decided to send Bolshevik troops to assist fellow socialist revolutionaries in Germany.

Between Russia and Germany lay Poland. War was inevitable..."

Just click to read a review in "The Boardgaming Life"

Just click to read an interview with Stephen Pole

Video unboxing by Alexander from The Players Aid:

"How the West was Saved", is a two–player strategic wargame based upon the Russo – Polish War.

The game covers the period from April 1920, when the Poles were poised to attack Kiev, until October 1920 when the War effectively came to an end. One player commands the Polish and Ukrainian armies; the other commands the Russians (and their Lithuanian allies if Lithuania joins the conflict). Generally, each counter denotes a cavalry or infantry division or an artillery train; but, some smaller brigades and regiments are also represented.

Simple rules centre upon Resource Points, reflecting the changing capabilities of each side to wage war at different stages during the conflict. Resource Points can also be affected by extraneous factors determined by die rolls and Random Event Cards. This uncertainty regarding the resources available goes some way towards recreating the chaos and fog of war which beset operational planning, and compounds the challenging logistical problems of conducting war over such a large area. As lines of communication lengthen so, just as happened historically, they become vulnerable and limit strategic options.

This uncertainty continues when it comes to putting plans into action. Players take in turns to place Activation Markers on those units they wish to move. In this way they reveal their intentions (or are they bluffing?): is my opponent trying to thwart my plans or does he intend to unleash an offensive of his own? The tension is increased still further because orders to move may not be received or carried out, sometimes resulting in battles which neither side anticipated or intended.

Combat is resolved by comparing the Combat Factors of each side, as modified by terrain, die roll and, sometimes, by Random Event Cards. Unusually for a strategic game, unit facing is also important. This is because the Russo-Polish War was one of manoeuvre fought over huge distances with relatively small armies. As a consequence, even though both sides were well equipped for defence - possessing artillery, barbed wire and machine guns - a combination of vast open spaces and rudimentary reconnaissance meant that, unlike on the crowded battlefields of WW1, defensive positions could often be outflanked and overrun before reinforcements arrive. So, to reproduce the importance of flanking manoeuvres at the tactical level, the direction that a unit is facing is integral to the combat system.

The rules are simple, but the decisions facing players are not. The key to success is a flexible strategy which allows defense to be transformed quickly into offense and vice versa as the strategic situation unfolds.

So, will Warsaw fall to Russians? Or maybe Russian armies will be crushed at the gates of Smolensk? The fate of Europe is in your hands… 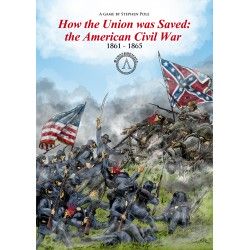 How the Union was Saved:...