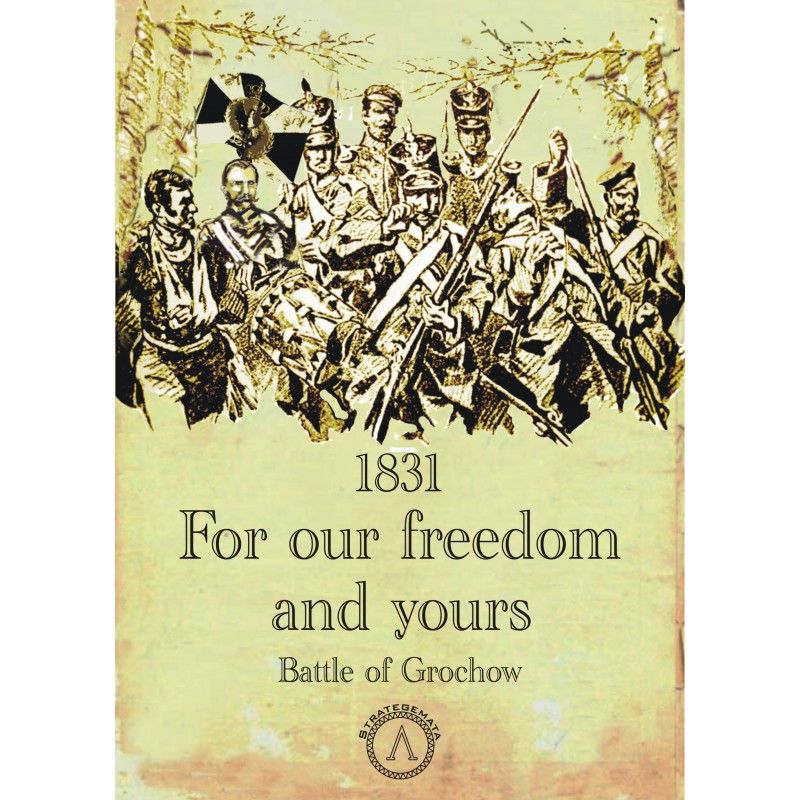 "Counterattack was performed by Polish grenadiers, led personally by Chłopicki, 4th Rifle Regiment led by Żymirski (who fell in this action) along with 4th and 8th Infantry Regiments under general Skrzynecki. “All that didn`t run from the forest, died there”. Counterattack shook the enemy force."

Special thanks to Krzysztof Wojdyło for his video.

Note. In the box there are two errata counters. They replace the appropriate counters that are in the counter mix.

Board wargame "1831 For our freedom and yours: Battle of Grochow," represents one of the most famous battles in the history of the Polish army.

Players have historical forces and must act, given the historical advantages and limitations of their armies. Also important are impartial factors such as terrain and weather conditions. Of course you can not skip the random factor. All these aspects are described in rules which are not complicated.

Among the four scenarios it is introductory scenario - attack of Rosen’s IV corps on alder grove. This is the perfect introduction to a large battle. Players have limited forces and learn the basic rules and characteristics of the terrain. Thanks to this, the experience gained can be used in the course of the scenario for the entire battle.

Game mechanics based on random activations. However, the proper marker set reflects a better command structure of the army of Field Marshal Dybich. Moreover, this solution provides an exciting game in which each side can take the initiative to surprise the enemy.

Three types of weapons: infantry, cavalry and artillery act according to the common rules, but each of them has its own characteristics. Success on the battlefield provides the appropriate use of the advantages of all kinds of weapons at the right moment. This is obviously the goal pursued by both players. Coordination of their own troops, and respond to your opponent moves makes "Battle of Grochow" a challenging game, even for experienced players.

This game is a successful debut of Łukasz Krawczyk.

Game length: 2 to 7 hours.
Game is suitable for two players above 12 years old.