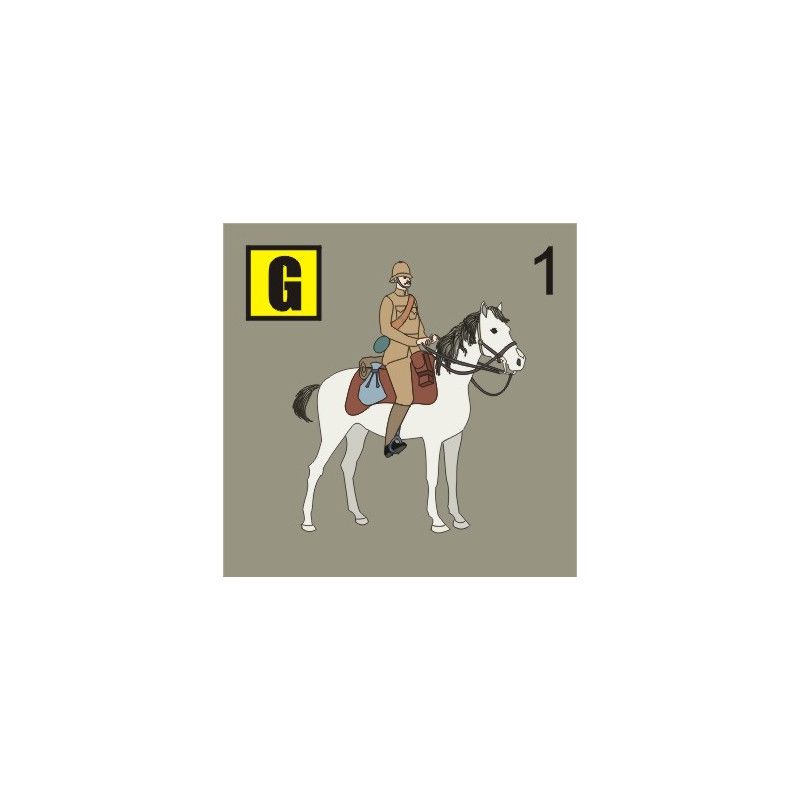 "At about 13.30 Frederick II gave the order to attack and Prussian army with music and banners fluttering in the
wind headed for Mollwitz. During the march, the Prussian officers saw the general Römers’ Austrian cavalry and left of it a partially developed and partly only developing Austrian infantry.
After approaching the Römer’s cavalry at a distance of about 1,800 meters, the regimental artillery of the right wing of the
Prussian first line was put forward, and the heavy artillery batteries unlimbered and opened fire."

Begining of the Introductory scenario. Special thanks to MJL.

The "Bloody Fields of Mollwitz" is the first game in the tactical battle series entitled The Battles of Enlightenment, representing the first battle of Frederick II, King of Prussia.

The game is divided on the activation phases, in which the players first can change the order of the commander, and then move troops belonging to the commanders of the wings or infantry line (the same are treated Hussars regiments and artillery).

In each activation phase players:
1) use their Commanders-in-Chief and dispatch riders to give orders to subordinate commanders;
2) activate infantry / cavalry or artillery moving it first and then carrying out the combat. Inactive player may respond by performing cavalry countercharges. Infantry can react with fire. Also in this phase employed to rally broken units and moving commander-in-chiefs.

The principle of the game is based on an order system. The player must carry out the assigned order (of course, he gives them to himself), until the order is changed by the Commander-in-Chief, or the wing/line commander manages to change it by himself.

In the historical scenario it will be possible to give two additional orders: MARCH (IN MARCH COLUMN) and DEVELOP.

Zone of Control works similarly to other games with the exception that the infantry ZoC does not stop cavalry units, but allows the infantry to fire at the moving cavalry.

Movement is identical as in other games in the hex-and-counter system.

Infantry and artillery fire combat is based on the shooting unit current morale level - it results in a loss of morale level of the fired upon opponent.

Cavalry (except hussars) can only attack in melee. Their attacks are resolved in the same way as infantry melee combat (with the exception resulting from the option to counterattack).

The loss of morale level is indicated with special markers. When the unit loses morale is broken.

There will be four scenarios in this game:
Initial – a training scenario,
Historical - with General Roemer and his cavalry on the map - the rest of the Austrian army enters the map in the course of the game,
Hypothetical 1 and 2 - two armies face themselves already developed on the battlefield.

Game length: 2 to 7 hours.
Game is suitable for 2 players above 12 years old.