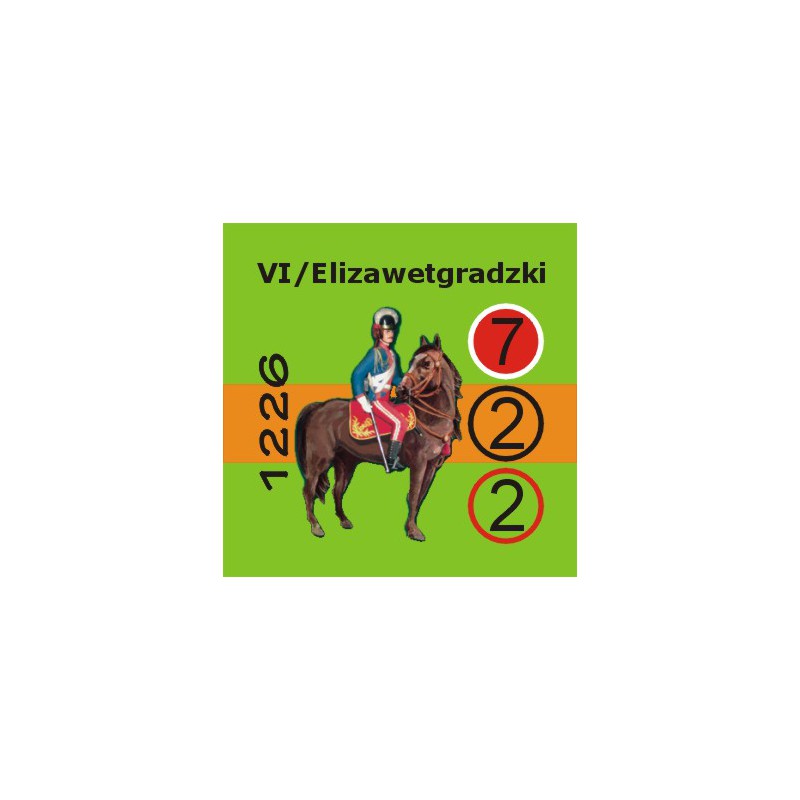 Counters for solitaire play you can find in the game "Festung Breslau 1945".

Special thanks for Philippe Jaranton for his great video presentation of the game in historical context.

Special thanks for Jonathan Townsend for his introductory video.

The game presents the struggles that took place during the Second Boer War between 1899 - 1902. The game consists of four phases and each is divided into 22 rounds. During rounds, players perform certain actions. The first and second phase of the game reflect the regular phase of the war. The third and fourth phases are constructed differently, because they represent a specific phase of guerrilla warfare.

The game uses the point-to-point system, six-sided dice and a deck of battle cards.

During the game the players will carry out a series of operations (move, fight, events, special actions) using random actions (1 to 3 on the round of the game).
The introduced game events directly relate to historical events, directing the moves of players during the game.

Battle cards are used to resolve combat in situations when contact between commanders of military formations is established. Depending on the phase of the game or the commander involved the combat may be a battle or a skirmish.

The second video made by Philippe Jaranton, this time about the tactical game "Blood veld: Battle of Magersfontein".

British infantry is represented by half battalions, cavalry by regiments, artillery by batteries. One counter represents a part of a commando or one gun.

Each game turn is divided into phases:
1. Command phase – players use their Commanders-in-Chief and dispatch riders to give orders to subordinate commanders.
2. Activation phase – after determining the initiative, players, using the Activation Markers, choose the brigade to activate. Activated units, move, fire, commence melee combat (only British units) and reorganize units and recover morale. The opponent can react by firing or counterattacking (only British units).
3. Reorganization phase – players reorganize broken units.

The principle of the game is based on an order system, which is associated with an action vector. The player must carry out the assigned order, until the order is changed by the Commander-in-Chief, or the brigade commander manages to change it by himself. The order must be associated with a target hex (e.g. attack hex, defend hex). The possible orders are: ATTACK or DEFEND.

The game tries to present the diversity of combatants tactics mainly through unit formations.

British units may perform fire attacks and melee attacks. Boer units can only fire, but they start the game masked, moreover, some of them can benefit from the trenches. It makes it difficult for the British player who cannot shoot at masked units from a larger distance. The fieldworks allow the Boers to minimize their losses.

The game treats the concept of zone of control differently from other games – it gives up the obligation to stop moving the unit in the enemy ZoC. The ZoC is a phenomenon that allows to fire or initiate close combat, and it is dependent on the units formation and the range of its firearms.

Fire combat takes into account the distance to the target, the firing unit morale and terrain on which the target is currently placed. Artillery performs its fire in the same way, using another fire combat chart.

Distinct units are the Boer Pom-Pom automatic guns. These cannons move like artillery, but actually perform their fire according to the infantry fire chart. Each shot, however, means performing two checks and summing the results of fire.

The result of fire combat can be the loss of morale, combat efficiency level or routing. Additionally also withdrawal.

Melee combat is also based on the unit’s morale, strength, formation, also the terrain. The effects of melee combat are almost the same as the effects of fire combat. The exception is the possibility of forcing the enemy to flee.

Cavalry combat also includes the unit’s momentum. Cavalry may react by counter-charging.
The loss of unit’s morale endurance during the game is marked with special markers.