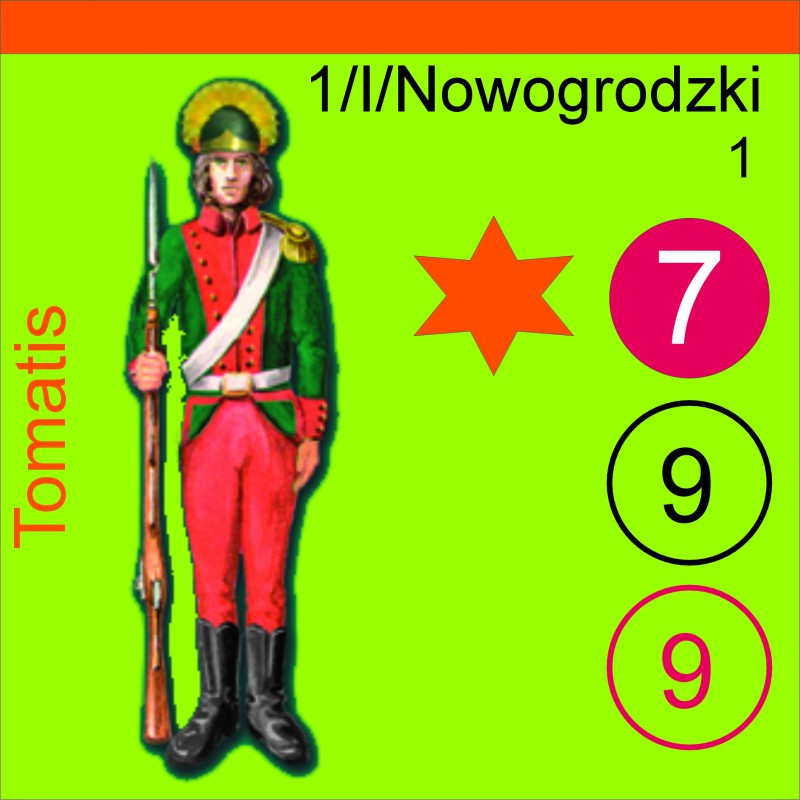 On 1st September, 1939, armies of Third Reich had attacked Poland. During the very same day, a battle took place, the battle that after many years later became a symbol of clash of old cavalry formations with modern tank units. Poles from Wolynska Cavalry Brigade bravely resisted the German attack of 4th Panzer Division. Regardless of concentrated tank assaults supported with artillery and airstrikes, Germans hadn`t achieved their objectives. Defenders suffered heavy casualties but retained fighting capability and continued to fight in the days to come.

Game "Mokra, 1st September 1939" allows not only to recreate those events but also to check different hypothetical scenarios. Players decide about their forces` movement and they organize attacks or defense. Both sides enjoy certain advantages. Germans have large number of motorized units and strong air force. Poles need to make use of wooded terrain and an element of surprise - as Germans haven`t expected to encounter a such large cavalry formation in their way.

Players use basic rules of "Great Battles of Small Units" system. Few special rules were added to represent specific elements of that battle, like for example - an armored train "Śmiały" or German motorized infantry.

Game length: 3 to 4 hours.
Game is suitable for 2 players above 12 years old.

Errata: There is a mistake in Terrain Effects Chart. The sequence of pictures representing the roads is the other way around.